New York – -(AmmoLand.com)-  The buzz surrounding the grant of certiorari at the Supreme Court of the United States in the matter of New York State Rifle & Pistol Association, Inc. v. Bruen needs to be revisited. On Apr 26, 2021, the court announced that the subject of firearms carry is something worthy of exploration and agreed to answer the following question:

Whether the State’s denial of petitioners’ applications for concealed-carry licenses for self-defense violated the Second Amendment.

The details of this case wind back to 2018, when the two individual plaintiffs applied for and were denied concealed carry permits in the state of New York. Under New York law, it’s necessary to first obtain a permit in order to own, possess, and ultimately carry a firearm.

The case, filed against then-Superintendent George P. Beach II of the New York State Police and Justice Richard J. McNally of the New York Supreme Court, was initially dismissed at the Northern District of New York in 2018. Beach was replaced by Keith M. Corlett in 2019 and subsequently was named as a defendant and respondent in the suit. The current defendant and respondent is Kevin Bruen.

The plaintiffs, in this case, are both law-abiding gun owners, licensed to own firearms in New York and both have extensive training in firearm use and safety as well as licenses that allow them to carry firearms outside of their home for target practice and hunting. Both, however, were declined a license to carry concealed for purposes of self-defense because they did not satisfy the state’s requirement that they demonstrate an atypical need for firearms carry beyond self-defense.

Petitioner Robert Nash requested a license to carry a handgun in public for self-defense. App.7. “In support of his request,” the district court explained, “Nash ‘cited a string of recent robberies in his neighborhood and the fact that he had recently completed an advanced firearm safety training course.’” App.7. The licensing officer, respondent McNally, denied the application on the ground that Nash “failed to show ‘proper cause’ to carry a firearm in public for the purpose of self-defense, because he did not demonstrate a special need for self-defense that distinguished him from the general public.” App.7.

Petitioner Brendan Koch likewise applied for a license that would “‘allow[] him to carry a firearm for self-defense.’ Koch cited ‘his extensive experience in the safe handling and operation of firearms and the many safety training courses he had completed’ in support of his request.” App.7 (citation omitted). McNally denied the request on the ground that Koch “failed to show ‘proper cause’ to carry a firearm in public for the purpose of self-defense, because he did not demonstrate a special need for self-defense that distinguished him from the general public.” App.8. As the district court thus summarized, “Nash and Koch do not satisfy the ‘proper cause’ requirement because they do not ‘face any special or unique danger to [their] life.’” App.6.

The core of the Second Amendment has been determined in Heller that:

…the “right of the people to keep and bear Arms” protects at its core “the individual right to possess and carry weapons in case of confrontation.”

Through NYSRPA v. Bruen and the support of the National Rifle Association, there is a solid shot that New York, and by extension many other draconian jurisdictions, will be forced to bring their policies and laws up to contemporary times in a post-Heller United States by having to accept this fact.

These law-abiding NRA members who were denied permits, in this case, prove how even the safest, most well-trained citizens cannot survive NY’s absurd permitting obstacle course. The process isn’t just difficult and unconstitutional, it’s corrupt because it serves only one purpose: deterring the ability of innocent people to arm themselves within the Empire State. As they say: the process is the punishment. 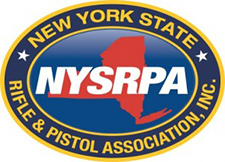 The NRA and its New York affiliate, New York State Rifle and Pistol Association (NYSRPA), contend the Second Amendment protects the right to carry for self-defense outside of the home.

As one justice put it:

“It’s extremely improbably the Framers wrote the Second Amendment to protect your right to carry a firearm from your bedroom to your kitchen.”

Within the document under reasons seeking the granting of certiorari, there are some very compelling arguments that seem to have achieved their goal. From the filing we can draw:

In stark contrast to these decisions, the First, Second, Third, and Fourth Circuits have all either refused to recognize the Second Amendment’s applicability outside the home or refused to give it any meaningful force…In Gould, the First Circuit considered a Massachusetts law that requires a law-abiding citizen to “demonstrate a ‘proper purpose’ for carrying a firearm” to receive a license to carry. 907 F.3d at 663.In Kachalsky, the Second Circuit considered a similar New York law—the same law at issue here—which requires a showing of “proper cause” to obtain a license to carry a handgun. 701 F.3d at 86. In Drake, the Third Circuit considered a New Jersey law requiring a handgun permit applicant to show “a justifiable need to carry a handgun.” 724 F.3d at 428. And in Woollard, the Fourth Circuit confronted a Maryland law conditioning eligibility for a handgun permit on showing a “good and substantial reason” to carry. 712 F.3d at 868. While Moore, Wrenn, and Young embraced Heller, these decisions defied it, relying on an exceedingly begrudging reading of this Court’s opinion to uphold anachronistic regimes that pre-dated Heller’s reaffirmation of an individual right. The result: denial of fundamental, individual Second Amendment rights to typical law-abiding citizens.

Emphasis added to the “anachronistic” views some of the courts have taken concerning the Second Amendment as an individual right in a post-Heller America.

A further argument that was posed brings the whole of the text of the Second Amendment into full context:

Confining the right to “bear arms” to the home would be nonsensical, and would unjustifiably render the right duplicative of the separately protected right to “keep” arms. Such redundancy would contradict the basic principle that no “clause in the constitution is intended to be without effect.” Marbury v. Madison, 5 U.S. (1 Cranch) 137, 174 (1803). “The addition of a separate right to ‘bear’ arms, beyond keeping them, should therefore protect something more than mere carrying incidental to keeping arms.” Young, 896 F.3d at 1052-53 (citing Thomas M. Cooley, The General Principles of Constitutional Law in the United States of America 271 (1880) (“[T]o bear arms implies something more than the mere keeping.”)). And “[u]nderstanding ‘bear’ to protect at least some level of carrying in anticipation of conflict outside of the home provides the necessary gap between ‘keep’ and ‘bear’ to avoid rendering the latter guarantee as mere surplusage.” Young, 896 F.3d at 1053. In short, the most natural reading of the right to bear arms encompasses the right to carry the firearm outside the home.

The amendment’s structure reinforces the conclusion that the Second Amendment protects a right to carry a firearm outside the home.

Law-abiding gun owners who step outside their home with a firearm but without a NY Concealed Carry license is considered a felon. What right does the Second Amendment protect if not the fundamental right to defend yourself? What other rights do you need to provide sufficient justification to exercise? The right to free speech? The right of privacy? The right from search and seizure?

It’s nearly impossible for law-abiding citizens to get a concealed carry license for purposes of self-defense in the state of New York. Under the current system, citizens in good standing and who are legally allowed to own a firearm are declined a carry license unless they can prove to a local government official that they have a special need distinguishing them from the vast bulk of “the people.”

Hopefully, we are in for an exciting time to be watching the wheels of justice finally turn in a direction that seems to favor freedom. Thankfully the plaintiffs, New York State Rifle & Pistol Association, and the National Rifle Association stood up for this and are taking New York to task on their unconstitutional laws. With high hopes, this time next year, we’ll be looking at zero “may issue” jurisdictions, and move on to complete permit abolishment in our next moves as advocates. Here’s to looking at full restoration of the Second Amendment in the years to come.

Oral arguments are set for November 3, 2021. Leading the case is former Bush Administration Solicitor General Paul Clement who also argued Heller & McDonald in front of the Supreme Court. The case will be a 65-minute virtual session instead of inside the chambers of the Supreme Court.

John Petrolino is a US Merchant Marine Officer, writer, author of Decoding Firearms: An Easy to Read Guide on General Gun Safety & Use and NRA certified pistol, rifle, and shotgun instructor living under and working to change New Jersey’s draconian and unconstitutional gun laws. You can find him on the web at www.johnpetrolino.com on twitter at @johnpetrolino and on instagram @jpetrolinoiii .