Opinion
In our multi-series treatise on treason, it is possible that some readers may view these articles as discrete vignettes or snapshots on the topic of treason. That would be wrong. It is our intention readers see each article as connected to the one before it; each article progressing sequentially to produce a unified whole. And if they are willing to do this to our country you can bet your RKBA’s is in the crosshairs.

“I can forgive a foe, but not a mistress and a friend; treason is there in its most horrid shape, where trust is greatest!” ~ aphorism by John Dryden, English Poet, Literary Critic, and Dramatist, 1631 to 1700.

Treason is operating at the highest levels of the Federal Government.

That is our main contention, our central thesis, our salient focus. And, we are talking here of Treason as actionable crime, not mere political rhetoric, dramatic theater, inflammatory invective, hyperbolic epithet, or coarse name-calling. There is too much of that already in the media. It gets us nowhere.

The crime of treason committed by High-Level Government Officials, of the Harris-Biden Administration should not be handled obliquely or alluded to delicately. It must be dealt with head-on.

This wide-ranging, calculated, and deliberate assault by the Federal Government on fundamental rights and liberties signals the unlawful takeover of that Government that belongs to the American people, and not to those who serve in Government.

The harm this Government has done to the Country, to the Constitution, and to the people isn’t difficult to ascertain.

Intentional Dissolution Of Our Nation’s Geographical Borders Undercuts The Physical Integrity Of Our Nation. Can This Be Treason? 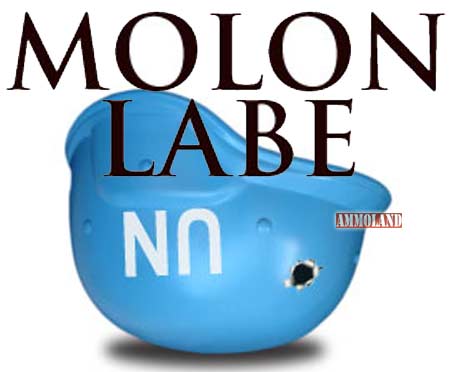 The Administration’s blatant, unconstitutional open border policies, along with its unabashed attacks on and emasculation of Customs and Border Protection Officers, Border Patrol Agents, and Immigration and Customs Enforcement Agents are all signs of loss of the integrity of our Nation-State. See article inNew York Post and article in the website think civics.

The effect of massive migration here and across Europe is deliberately designed to destabilize all of western civilization.

The Administration has released over a half-million illegal aliens into our Country, in accordance with its blatantly illegal open border policy, and intends to release tens of thousands more into the interior of the Country.

So that his Administration doesn’t admit to a violation of federal statute and the U.S. Constitution, Biden’s handlers instruct Biden and his Cabinet officers, and other high Government officials to overtly lie to the American public.

Since Biden’s Director of DHS, Alejandro Mayorkas, cannot overly admit to deliberate, obvious violations of federal Statute pertaining to immigration and the U.S. Constitution, and so, lies overtly and cavalierly to the public. He says the borders are not open and that aliens are not free to cross over to this Country and that if they do, they will not be allowed to stay. See, e.g., article in United News-Post.

These blatant lies to the public demonstrate the Administration’s open contempt for the American people. See article on Culture dispersion and immersion is the goal, from a publication funded by or associated with the University of California, Berkeley. See also, Center for Immigration Studies Report. And how many of them have the COVID? See the article posted on reason.com. The UN’s articulated goal of moving tens of millions of people to the U.S. and EU is designed to destroy national borders and to de-stabilize western nation-states, thereby rupturing both the physical, geographical integrity of western nation-states as well as the social, cultural, political, and economic integrity of those nation-states. See the article in “Defend Europa” about the UN Migration pact.

This UN Migration pact is nothing less than a brazen attempt to expunge the idea of the traditional nation-state and acts as a blueprint for a 3rd world invasion of Western countries. In short, the pact seeks to normalize mass migration and to establish migration as a global human right. After it’s enacted migrants from all over the world will be able to go where they want, when they please, and for whatever reason.”

Through the deliberate rupture of the old nation-state governmental paradigm, a new transnational, multicultural, multi-ethnic borderless, world would emerge, but benefitting whom, exactly? To control billions of people across the entire world, a strong dictatorial regime would need to be imposed on billions of people. And, with the aid of mass surveillance that modern technology provides, the overseers of the new international order can accomplish that.

The EU is already living under tacit Dictatorship disguised as Liberal Democracy. And yet Countries like Poland and Hungary, that recall the domination of the Soviet Union, know better. So, the overseers in Brussels treat them like pariahs. And the UN is likely behind all of this, lending its helping hand to the creation of new world order.

And there is the deceptively named UN “Programme of Action on small arms and its International Tracing Instrument” that is really an oblique assault on the Second Amendment of the U.S. Constitution.

Biden intends to sign on to this. To do so is treachery of the highest order. See, e.g. article. Implementation of this treaty in the U.S. is unconstitutional because it is in direct conflict with the sovereignty of the American people through their inalienable right to keep and bear arms, even though it isn’t in conflict with the Constitution of the EU.

The complexity and convoluted mess that this EU structure IS and the machinations of the UN spill over to the U.S. It all serves to hide an insidious intent: to bind and then absorb first the Countries of the EU into an intricate web that they cannot extricate themselves from, and eventually bind and absorb the Commonwealth Nations and that of the U.S. The UN is actively involved in this project

Americans can’t control events in the EU, but they sure do have the authority to demand accountability from their own Government.

Americans are witnessing a cold, calculated, callous, insidious attack by the Federal Government to wrest control from the States and from the people, the citizenry’s control over their own country, much as the EU is slowly entangling its member Countries into a sticky web. There is a word for this. It is called “Tyranny.”

The founders of the Republic had good reason to fear Tyranny. After all, they lived, for a time under it. And it took a war for the American colonists, the first patriots to extricate themselves from the morass of this Tyranny.

They designed the Country to be a free Constitutional Republic. And they made sure the people, as the sole sovereign ruler of the Nation and of its federal Government they constructed, would forever retain and maintain arms to prevent Tyranny from ever again enfolding upon and entrapping the people in a spider’s web. Along with the equally important right of “Dissent” against Government policy that the people perceive as eroding the Republic, the people will forever be able to remind the Government that it is the people who are sovereign over their Nation and their Government. And that:

The right of free speech, namely the right to dissent, and the right to bear arms provides the people with the means to defend themselves against encroaching tyranny.

And we are moving ever closer to tyranny. One must ask, does the treachery of Government and Betrayal of the Oath to the Nation, Constitution, and People amount to actionable Treason?

Treason by Government, if it exists, means Government operating not on behalf of and in service to its people but actively, avidly, assiduously, and decidedly against them, against their interests, and thwarting any attempt by the people to counter the threat to their absolute sovereignty over Nation and Government.

About The Arbalest Quarrel:

Arbalest Group created `The Arbalest Quarrel’ website for a special purpose. That purpose is to educate the American public about recent Federal and State firearms control legislation. No other website, to our knowledge, provides as deep an analysis or as thorough an analysis. Arbalest Group offers this information free.