With stiff competition throughout the entire tournament, Jack’s final score of 425 (489) gave him his first Men’s ASA Open Pro title of the season accompanied by a check for $10,000. Coming in a close second place was Jay Moon with a score of 422 (484), and Dan McCarthy finished in third place with a score of 420 (468).

Also making a trip to the top honor of the podium, was Sharon Wallace, who claimed her second Women’s ASA Open Pro title for the year with 421 (470), her highest score of record. Accompanying her at the podium was Cara Kelly with a score of 413 and Emily McCarthy with a score of 402 (452).

“This was an extremely exciting weekend for us,” said Jack Wallace. “It is great when either of us wins, but to take the podium at the same tournament is very special.

“We want to thank GPO for their support. We don’t go anywhere without our GPO Passion 10x42s.”

ASA 3-D archery features competitive rounds shooting lifelike, three-dimensional foam animal targets. Amateur classes are decided by the final totals after 40 targets. Pro Classes shoot the same 40 targets and then the top five shooters in each Pro Class advance to a shootdown. During the shootdown each archer shoots an additional six targets with a more difficult 14-point ring added to enhance the risk and reward for extreme accuracy. There are a total of six ASA tournaments each year, and there are two left in this year’s season. 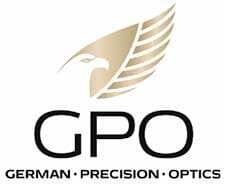 German Precision Optics was founded on the premise that design, engineering and quality management is 100-percent controlled in Germany to its strictest standards, yet products can be produced at some of the largest production facilities around the world. This unique corporate structure allows GPO to offer the highest quality products with better features at a significantly better price. The company is 100-percent confident that all of its products will not only function perfectly but will exceed all expectations. Therefore, GPO USA has created an industry-leading Spectacular Lifetime Warranty™. With outstanding professional service, GPO USA will take care of its products before, during, and after the purchase at no charge, EVER. Founded in 2016, GPO has its U.S. headquarters in Richmond, Va. For more information on GPO USA visit www.gpo-usa.com or call 844-MY BINOS (844-692-4667.)